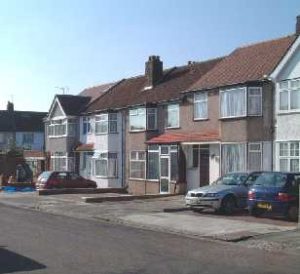 This afternoon I happened to be in a part of Cambridge that I used to live in, many blue moons ago, when I became acutely aware of just how many front gardens had been paved over. In some streets nearly all had some kind of hard standing covering most if not all of the ground.

Now first and foremost my main reason for concern is aesthetics. Where there was beauty there is now blandness…where there was a cherry tree now there is a citus coloured Ford Focus with a spoiler and dark windows. No wildlife, not the singing of the birds or the buzz of insects. Quite frankly it was depressing.

Of course there are more serious consequences than the lack of beauty. Environmentally this practice is ill advised. It gives the rain water less ground in which to get soaked up and instead runs off and can cause localised flooding of streets and of properties. As this floodwater runs through our roads it picks up oil and heavy metals and takes them straight into our rivers.

There are plenty of other problems related to this increase in hard standing,such as the urban heat island effect, subsidence caused by dry soil and of course the sourcing of paving etc, much of which gets shipped from India.

I’m not going to bang on too much about this as this blog is not primarily designed to be a soap box (though we will have a rant now and then) but I just thought I would share my frustrations with you all. So bravo to The Ealing Front Garden Project who are taking action to halt this decline in their green spaces.

Are the front lawns in your area being turned into car parks?

Ranners and his giggling Rhino.