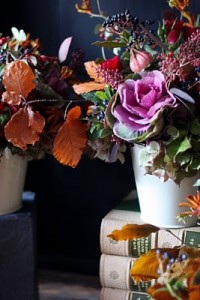 I say we grow ‘English Flowers‘ and Expanding Mandy says we grow ‘British Flowers’. Of course this is just semantics but important none the less. The reason I would suggest that our flowers are ‘English’ is because…well…they are…at least in as much as they are grown in English soil. They differ from flowers grown in Scottish soil for instance because our friends the Scots have different weather…generally colder, wetter and even more miserable than our own and therefore they will end up with a different product. There is no way we can ever beat the Scots at Thistles…they’ve got that one in the bag…jolly good show Jimmy.

Expanding Mandy prefers to use the term ‘British Flowers’ because she thinks it too nationalistic to say ‘English’ I really can’t see her reasoning but I  don’t tell her this because she’s in a bad mood after loosing at table football to One Armed Archie. She also suggested I was anti Welsh just because I pointed out that an English Rose was a more attractive national symbol than the Welsh leek. Which it is, I mean…a leek? A long onion? Three thousand years of human habitation in that most beautiful of countries and the best object they can find to represent themselves is a leek? The Scots picked that resilient and powerful symbol of Scottish deffence, the thistle. The English used the strength and beauty found in the rose for its emblem and the Welsh chaps thought ‘a leek’ would do the job nicely…what on earth were they thinking?

Well bless all the countries that make our fine nation, whatever their tastes.

Ranners and his perky piglets.